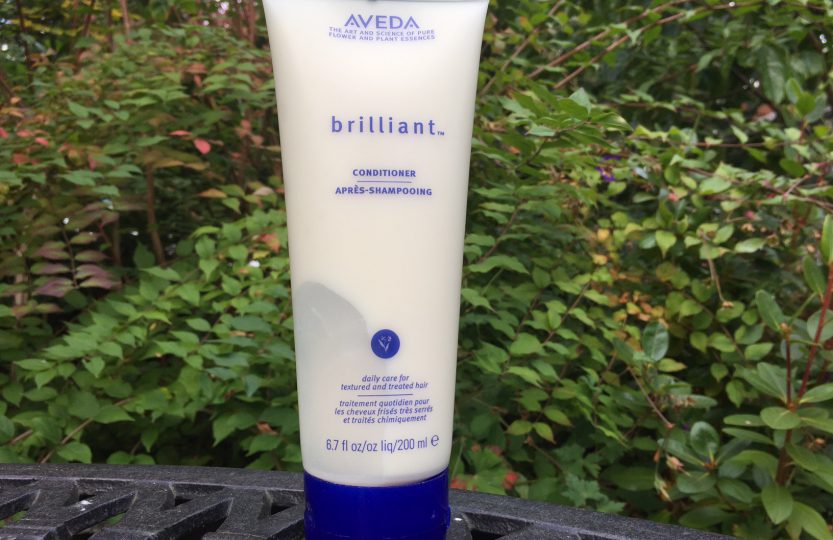 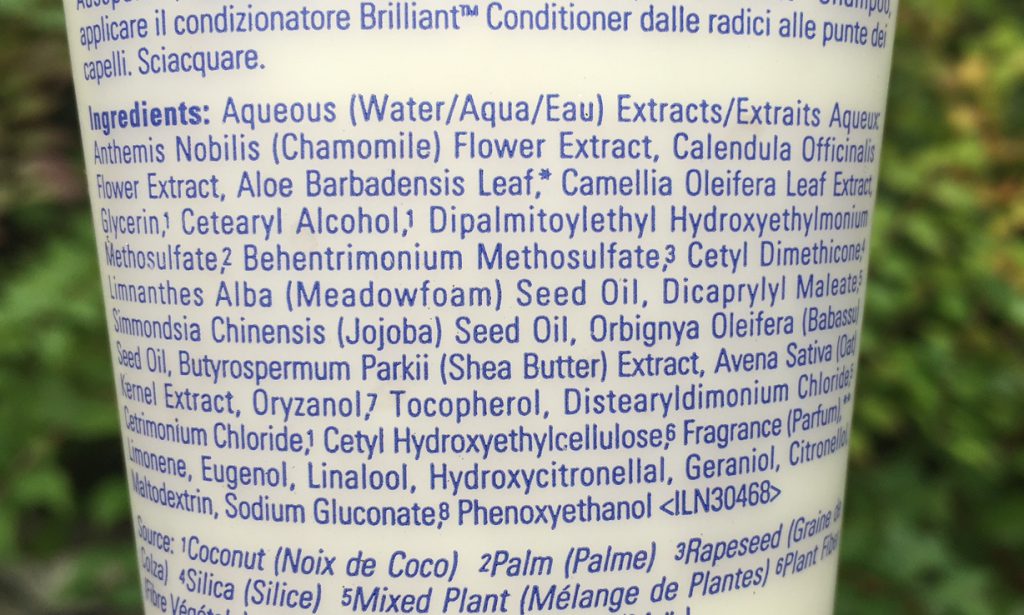 Update 10/16/2016: So a week’s gone by after using this conditioner. I wasn’t thrilled with it, and to be honest, when I went to comb my hair again after the trial week was over, it seemed like my hair was more tangled. However, I’d been gardening in the rain and getting my hair caught in lots of branches, so it may not have been Brilliant’s fault. So I’m going to recommend this product, but barely. Personally, I probably won’t ever use this again. Unless I want my hair to smell really perfumey, in which case I’d most likely just use this as a smoothing/refreshing conditioner. Meaning I’d only use it in the morning by rubbing a small dollop in my hands and smoothing it over my hair and ends, and then wet my hands and smooth over my hair again to refresh my curls and smooth down my sides. But if you just love Aveda, this product was adequate. Or if you have wavy hair that you don’t need to really get the comb through, this could probably work for you.

Update 10/8/2016: I went through the ingredients and checked them all out. They were mostly okay. Near the bottom of the list the ingredients got more irritating for sensitive skin because they were fragrance ingredients. But if you’re sensitive to fragrances, you probably would have steered clear of such a fragranced product anyway.

This conditioner had a really interesting texture. I would squirt a bunch in my hand, and instead of it pooling there in a thick soup, this actually stood up thick enough that I could almost mold it into shapes. I could actually hold it in my hand like a sock or something. It had the consistency of a thick facial moisturizer.

After putting it in my hair and getting out of the shower, as I was talking to my husband my mouth tasted like perfume had been sprayed in it. Like when I’ve been walking through the cosmetics/perfume counters in a department store and yacking to someone, and half way through my mouth has that chemical taste. It was just like that.

Then I began combing with it. To summarize my combing: exhausting. I really had to be careful not to rush. This is definitely not good to use if you have tangled hair, or very curly hair. However, this product may need you to spritz water in it as you go – perhaps it has less water in it than other conditioners (since it’s texture was so much thicker than others) and that’s why it doesn’t comb as well as other conditioners. I mean, if felt slippery, but it was really thick to the point of being sticky. But my brush would go through it, like on my ends. But when I had a thicker, more tangled section, it didn’t go through well. Again, maybe it needed sprays of water to make it work better. I didn’t really think of that until I was done.

Original Post 10/5/2016: I have a long history with Aveda Brilliant. Back when I was searching for what to do with my hair, I was texturizing it and trying to find some perfect product to give it some weight. Gels made it crunchy and look like strings of dried pasta. Hair dressings made it look like oil had been poured over my head. Then I saw a jar of Aveda Brilliant pomade in the store. It was so insanely expensive I felt it had to work. This was in the early 90’s and as I recall the pomade was about $20 at the time. Way out of my budget. But since it was expensive, I felt it must have extra special ingredients that would be close to magical. And the jar it came in was a beautiful cobalt color. And its scent was like nothing I’d smelled before–like frosted air, sort of dry smelling but beautiful, if that makes sense. I saved for it. I visited the jar many times until finally I had to have it. A week where I’d put in a chunk of overtime I finally bought it.

I loved how it smelled. But it didn’t work. It seemed like a combination of what the gels did if they’d been mixed with vaseline. It sort of clumped, but in a stiff, self conscious way. It didn’t look natural and was stiff and sticky (though my hair smelled really good). Which, if you think about it, was just as well, because I couldn’t have afforded it if it had worked. But I kept that jar for decades (I may still have it somewhere) because it was so lovely, and the scent so compelling.

So a couple weeks ago I was in a beauty salon looking at products to review. There’s a salon walking distance from my house that’s in the same building as the book store I love to go to. I was checking out other Aveda products, and just as I was about to leave, noticed Aveda still had the Brilliant line. I grabbed up the conditioner. Could this be my chance to have my hair smell like the pomade, but in a form that worked? Glancing over the ingredients, nothing jumped out as bad, so I (paid way too much money) bought it.

P.S. Ignore it when products tell you that a chemical sounding ingredient comes from corn or palm or coconut or plants or petals sprinkled with dew. By the time they appear in a product with chemical sounding names, it’s because a bunch of chemicals have been used and lots of processing has happened to it to turn it into what’s now in there, and it no longer resembles whatever it came from. That doesn’t mean it doesn’t work. It just means them putting on the label some comfy sounding plant ingredient is there to sell you a product by making you think it’s bursting with hidden plants. It isn’t.